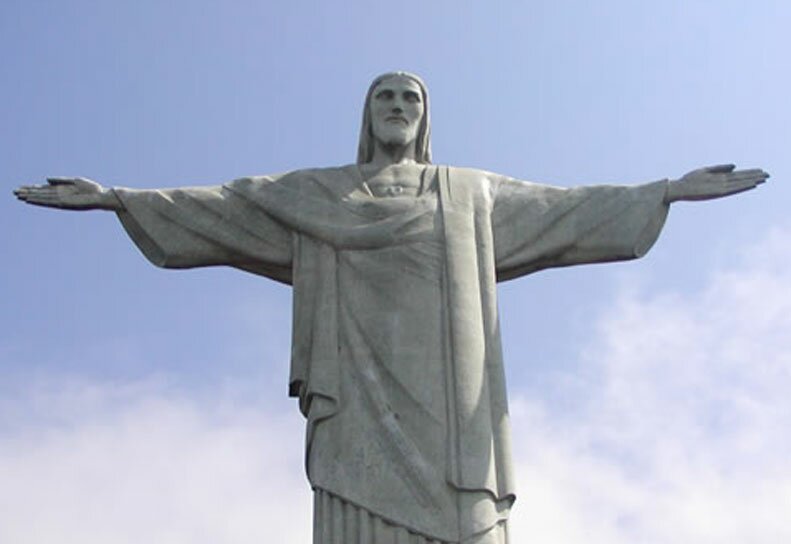 Posted at 12:08h in Americas by admin 0 Comments
0 Likes
Share

For days on end, we sit at plastic tables belonging to the beach huts, drinking caipirinha cocktails and watching all the action on the famous Copacabana Beach of Rio de Janeiro, Brazil. Shiny black and bronze bodies fill the beach and mosaic beach boulevard, riding bicycles, running, sunbaking, swimming, sipping from coconuts, flexing near the makeshift beach gyms, volleying ballswith knees, feet, shoulders and heads, or playing a match of the beloved soccer.Beach vendors cruise the sand selling cold beers, hot tea, shrimp skewers, watermelon, grilled sticks of cheese, fresh oysters, ice cream and more, ensuring that beach goers rarely need to leave their towels. Rented chairs and umbrellas create a colorful pattern in front of the concrete skyscrapers that dominate the skyline, then give way to jungly hills that stretch back from the sea. The uniform for Cariocas, or Rio locals, is simple: tiny triangle bikinis covering as little as possible for women, and rectangular speedo-like shiny briefs for men. G-strings are a must for women, whether you’re trim, taut and terrific or fat and fabulous, and off the beach, breasts must be pushed up high and proud, spilling out of your tiny shirt. Skin is on display, soccer and beach going are the national pastimes, sand stretches for kilometers and Sugar Loaf mountain towers over the bay. This is Rio de Janeiro.

We spent 5 nights in a large room at the APA Hotel in Copacabana, just three blocks from the beach and surrounded by local restaurants and juice bars, where we tried thick tropical juices called sucos. Of course, Rio is a huge city with more to offer than beaches. There is the quiet hillside area of Santa Teresa, where we spent a relaxing night at Casa Aurea Guesthouse, and the lively Botafogo area, sandwiched between beaches and city, where we hung out at Botafogo Easy Hostel. There is the rich suburb of Sao Conrado, which we flew over on hang-gliders, and the poor favela neighborhoods, which we visited on a favela tour.

Favela tours are a great way to learn about a side of Rio that most people, including Cariocas, never see. These shantytowns are slowly built up from the rural poor who flock to Rio for work but ultimately can’t afford city life. Excluded from the amenities and order that govern the city of Rio around them, favelas are run by highly organized drug gangs and most Rio locals are terrified of entering the neighborhoods. But actually, the favelas are the least likely place for a visitor to encounter trouble, as the drug lords never want to attract attention of the police, who normally steer clear of these neighborhoods. Ironic how we felt less worried about our cameras and cash in a favela than in Copacabana! The locals were happy to show us their handicrafts and schools, where sponsor groups are working to better the lives of favela residents, and our guide, Christina, was very enthusiastic about her job, eager to show us that favelas are not terrifying and lawless ghettos, but inhabited by people as decent as anywhere else.

But speaking of terrifying, how about running off a mountain? That’s just what we did, running until our feet weren’t touching the ground anymore, but instead of plunging down the cliff, we soared into the air, arms out, face down, just like Superman. The thin hang-glider strapped to our back kept us circling and gliding on the wind while our ‘pilots’, strapped in next to us, guided us over the jungle, high-rises and ocean to land gently on the beach. The hang-gliders from Just Fly were awesome guys and absolute pros, so our fears were quickly put at ease and replaced by total exhilaration as we smiled for the camera strapped to the glider.

We also took a side trip from Rio, if you can call a 23 hour bus ride a side trip. Most smart travelers visit Iguacu Falls on the way from Buenos Aires to Rio, or vice versa, but we crazily journeyed 23 hours to the falls and 23 hours back, and thank god, it was worth it. On the border of Argentina, Paraguay and Brazil, the Iguacu River plunges over an 80 meter/240 ft. cliff and the sight of it is nothing short of spectacular. On the Argentinean side, we were stunned by the Garganta del Diablo, or Devil’s Throat, where 14 separate falls combine to form one massive waterfall, so powerful that the bottom of the falls are constantly enshrouded in the mist and spray from the force. We spent hours in the national park, where we took a jungle train and walked around the various falls and cascades, sighting a group of raccoon-like animals called Coatimundis along the path. Although our stay in Iguacu was so short, we still found a great place for the night at Hotel Baviera, which reflected some of the German influence of the area and of the kind owner, Meno, then finally tried Brazil’s delicious national dish of feijoada at the Brazilian beer garden across the street. A mix of beans, pork, beef, and sausage, the dish was just another thing to add to the list of great Brazilian food. On our long bus rides, we continued to sample food at the many kilograma restaurants, where you are charged per 100 grams of food that you take from the huge buffets. A great idea and very popular here in Brazil, you can try lots of things and control how much you want to eat and spend. Brilliant!