Posted at 06:56h in Uncategorized by admin 0 Comments
0 Likes
Share

After lively, popular Bali, Lombok seems like a secret hideaway. At the port of Pandangbai and on the huge ferry connecting Bali and Lombok, there were only a few other tourists. In preparation for the four hour cruise, we stocked up on Nasi Campur from the women selling food before departure, the rice and chicken mixture neatly wrapped with banana leaves and brown paper into a cone shape. The locals sharing the long wooden benches with us on the ferry deck didn’t speak much English, but we still shared a bag of green apples and listened to the singing and guitar playing of the young boys. Many of the men stretched out on the benches for a nap, while their toddlers played on the rusty, old floor. Once on land in Lombok, the drive along the coast was a feast for the eyes. Farmers and water buffalo worked in bright green farm lands and tropical rice fields. Families walked the streets of dilapidated Muslim towns, the white minarets of many mosques glowing against the fading sunlight. Further up the coast, cows and goats grazed in coconut farms, hundreds of rows of palm trees sandwiched between green mountains and turquoise bays. We were so excited by each new sight that we hardly cared that we were bouncing all over the back of the bus!

We stared across the water at the three small islands as several young boys gathered around us selling their wares. The Gili Islands lack police, fresh water, roads, and vehicles, being small enough to walk around or travel by horse cart. We crammed into a small wooden boat with 25 locals, baskets of spinach, bags of rice cakes, and a bicycle. In 45 minutes, we were at Gili Meno, wading through the crystal clear water to the shore of the deserted island. We had expected solitude, but Gili Meno was nearly a ghost town. It took an hour and a half to stroll around the dry, desert island ringed with heaps of coral and brilliant shells washed up from the ocean. Many of the huts and bungalows that we came across were deserted, others had a few people relaxing in hammocks or pillow-filled bales (gazebos), staring out across the blue-green water to the neighboring island. At our own Amber House bungalows, we enjoyed absolute silence, aside from the occasional cry from a rooster or cow. For the first time since we left Tokyo, we just sat and did nothing but stare at the varied desert plants and the sea beyond. During high tide, sitting in the shallow water, we were at absolute peace without a soul around. The still ocean water was only broken by groups of flying fish and silohuettes of local men diving for tonight’s dinner. While waiting for the host family to kill and grill our chicken, we watched a show of sheet lightning across the pitch black sky. The tranquil morning brought starfish, urchins and sea cucumbers in the pools left by low tide and a brilliant sunrise from behind the mountains on mainland Lombok. After huge pancakes at Jali’s Cafe (the cafe is simply seven pillowed bales), we caught the “hopper island” boat over to Gili Air. Gili Air turned out to be an island that we could have lazed around for weeks, but two days would have to do this time. At the Gili Indah Hotel, we relaxed with our adopted cat, “Mango” on our bungalow veranda’s huge couch, and at our Corner Cottages, we chatted with the locals around Uncle Bob’s beachside bar. We toured the perimeter of the island by horse cart, then got pleasantly lost in the island’s interior, observing the primitive Muslim villages and joining the local volleyball game. The wet season’s rain showers kept us from snorkeling, but we were perfectly happy to enjoy great food, delicious tea, friendly conversation, warm winds and island life on cruisy Gili Air.

Back on the mainland, the tiny town of Kuta is nothing like its party town Bali counterpart. Just a lazy bay, stretch of beach, a few bungalows and local village. From the other nearby primitive village of Gerupuk, the local surfer boys took us on long boats out to the waves, where Brad had a chance to use the body board he’d been carrying around, so eager to use. The village women grilled mackerel on a stick for my lunch, and the young girls weilded large knives to cut up sweet baby pineapples to sell us. At Anda Cottages, we watched surf movies while feasting on their sampler platter of satay sticks, grilled fish, rice and vegetables, and slept well on firm beds under the trusty mosquito nets that we’d already become so accustomed to. We spent time with Rich and Roz, English friends that we met on Gili Air, listening to stories of many adventures on their world trip, and getting excited for the rest of our own adventures to come. 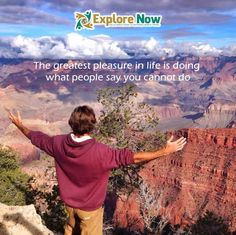 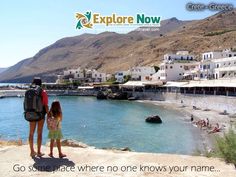 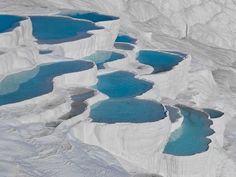